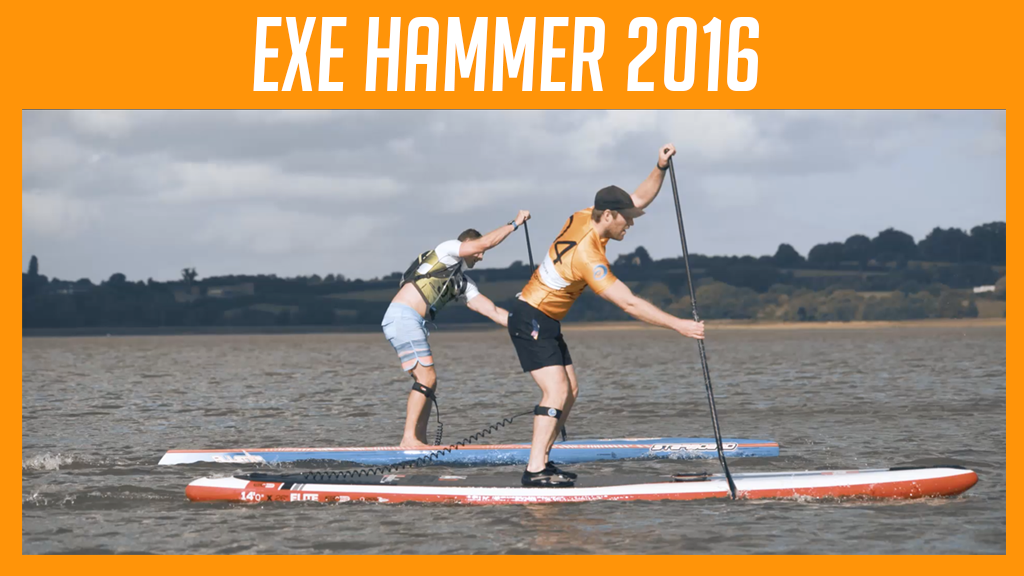 Edge Watersport’s is an extreme sports company based in Exmouth. They run a Stand up paddle boarding race every year called “The Exe Hammer”. I was approached by Edge water-sports to cover the event to show and unique and fun it really is. Of course we jumped at the opportunity of spending a day shooting this brilliant little event and off we went!

“This 12km Stand Up paddleboard race/regatta is taking a different route for 2016 with the participants paddling from Topsham back to Exmouth as opposed to the other way round in previous years. This change of direction will enable a much easier start at the Topsham quay which will be great for spectating. The post event party is set to take place at The Beach house which provides an amazing venue for a few beers and some after race banter!” –  (http://www.edgewatersports.com/exe-hammer)

The forecast for the event was looking a little iffy but even the strong winds didn’t put anyone off! I started to shoot everyone getting themselves prepared and briefed for the race ahead. This is one of the key moments to shoot at any event! Trying to capture the excitement, atmosphere and maybe even a little nerves. The media speed boat turned up, we jumped in and the race was on! It was a tricky event to film as trying to get a steady shot on a boat is always a challenge, I also had it in mind that I wanted to capture as many people as possible from novice’s right up to the pro’s. Paul Simmons really smashed it this year and won by  a mile, this meant that we had to race onto dry land to shoot him coming onto the beach and logging his time.

As people started coming over the line the atmosphere really warmed up and it was easy to capture people smiling and having a great time. The beers and food then came out and it was a perfect end to a great event and shoot.

Capturing an event like this is always a pleasure to do. Filming people when they are having a great time laughing and smiling makes putting an event film together so much easier. Its all about showing the event off in the best possible light. Exe Hammer 2016 was a joy to shoot and we hope that we can go back next year and do it all again. If you are looking to get your Exeter or Devon based event filmed then get in touch here.

Check out the Exe hammer film below, Enjoy!