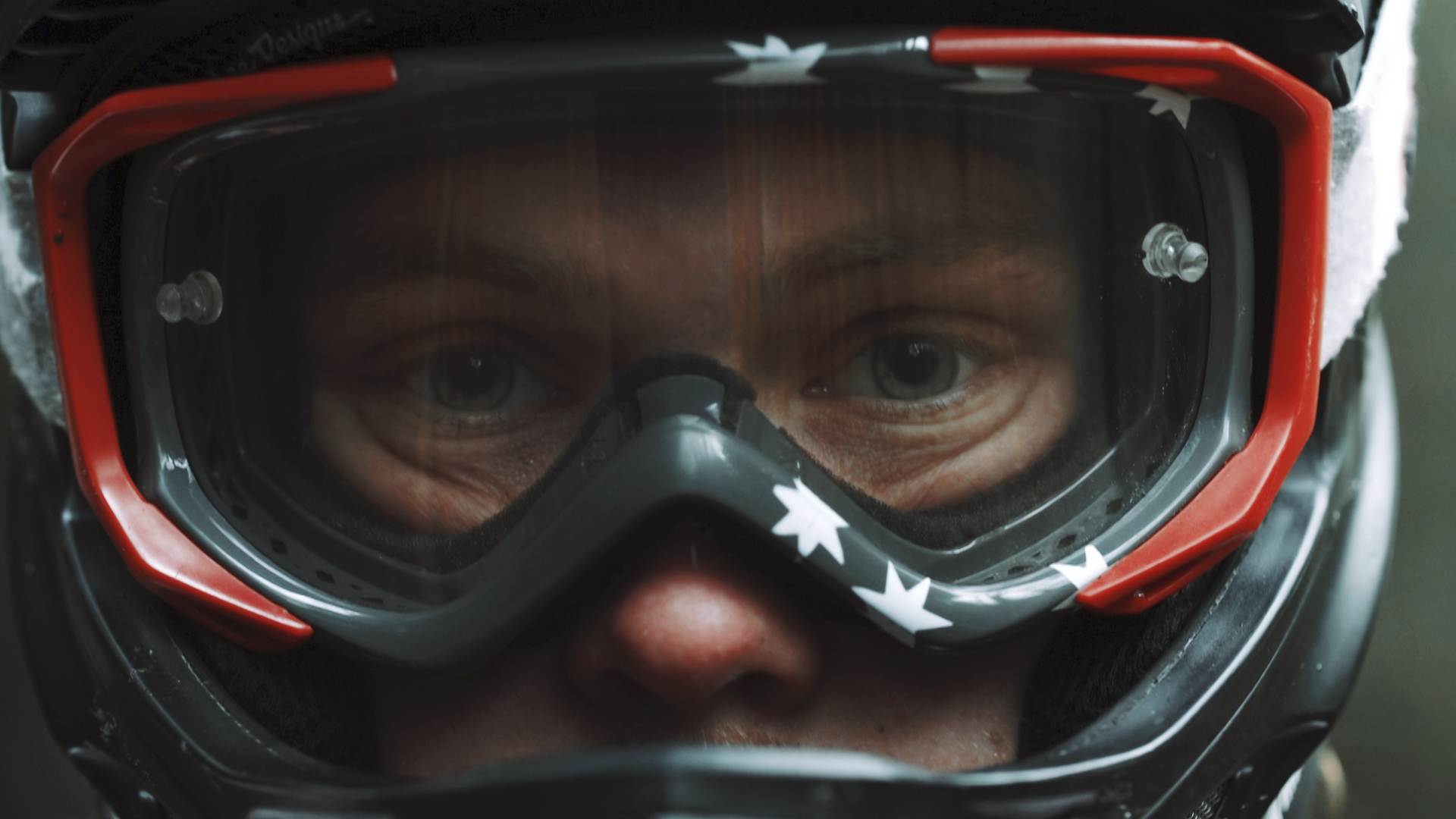 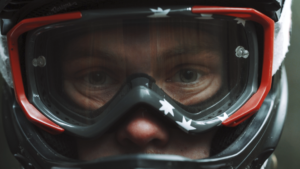 Trying to keep up with Jay Williams isn’t the easiest of tasks…. a single Sharp Films Videographer to keep up with all the activity.  Gawton Gravity Hub, One of the best downhill mountain bike trails in the south west, and where all the action took place.  The weather also added to the challenge, misty to start, light drizzle and then dry, great considering everything had to be shot on foot, not easy when you have to run to keep up, carrying a lot of equipment.  Filming and Editing South West 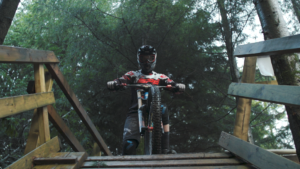 This action packed Sharp Film was one of our most challenging  assignments, I decided, because of the location and type of terrain, that one camera closer to the action, would add to the actual feel of the shoot.  Almost as soon as it all began I was beginning to doubt my decision, the physical effort required just keeping up with Jay was extremely demanding, but working with him was fantastic, his experience with other film crews helped as we setup positions for jumps and other complicated shots.  Overall the shoot went extremely well, although very exhausting. The kit used was kept to the minimum, a Sony A7Sii & FS5 and Movi M5 Gimbal.

Sharp Films, proud to work with Jay who is 24 years of age, lives in Cornwall, and has competed at the Downhill World cup series, finishing 7th Elite in the British overall Downhill series.  He is currently riding for the Steve Peat Syndicate, Santa Cruz Bicycles, Royal racing, 7th protection and Horizon watches.  Local riding spots are, Woodys Bike Park, Cornwall, and Gawton Gravity Hub, Devon. Jay is a fine example to his profession, through hard work and determination, he has achieved much, but his real reward is the self satisfaction for those achievements and this is just the beginning of his success! Learn more about jay here – https://www.pinkbike.com/news/who-is-jay-williamson-video-2015.html